When Buttons and Bows first landed on the Irish music scene in 1983, a new splash of colour was thrown into the mix. With their roots firmly planted in their beloved Irish traditional music, Buttons & Bows was ready to experiment with graceful Quebecois waltzes, lively Danish quadrilles and achingly beautiful Shetland airs. Barriers were broken, energy and humour abounded, jigs and reels were given a new dusting of magic. Decades later, the band’s repertoire still raises a smile at traditional music sessions in every corner of the globe. This influential foursome – made up of Jackie Daly, Séamus and Manus McGuire and Garry O’Briain – began its days with sessions in Kinvara and previously performed at the Cork Folk Festival in 1992 &; 1998. 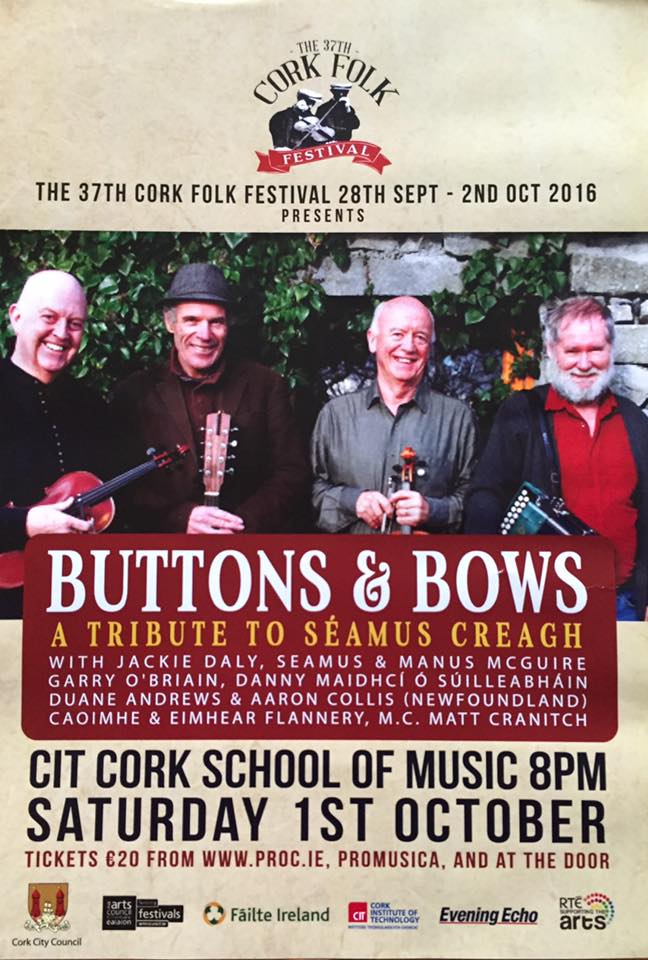