‘Our Town’, by Thornton Wilder

Pulitzer Prize-winning drama ‘Our Town’, by Thornton Wilder, has been chosen for the final-year production of the new BA in Theatre & Drama Studies at the CIT Cork School of Music.  Doyen of Irish theatre, director Ben Barnes, has been working with the fourth-year students since last September to stage this capstone performance on their specialist course.

Last year this eighteen-strong cast played ‘The Laramie Project’ in a remarkable production in the CITCSM Stack Theatre. This year’s offering is an American classic, set in the first decade of the twentieth century, in the backstage of a theatre in the fictional town of Grover’s Corners. Its themes are universal, centred on the lives and loves of the townsfolk, narrated and linked by the theatre’s stage manager. The setting is simple, a bare bones set, designed, along with the costumes, by Lisa Zagone; stage business and props are conveyed through mime and movement created by Jess Rowell. CSM Master’s graduate Kieran Prendergast has created a moody and evocative lighting design, that conveys the audience to the beginning of the last century, and incidental music is performed on a vintage harmonium by Cian O’Leary.

The play will run for four nights, at 8 p.m. from 27-30 January at the CSM Stack Theatre on Union Quay. Tickets, €15 (€10 concession), for this ensemble showcase production, are available online at events.cit.ie or at the CSM General Office. 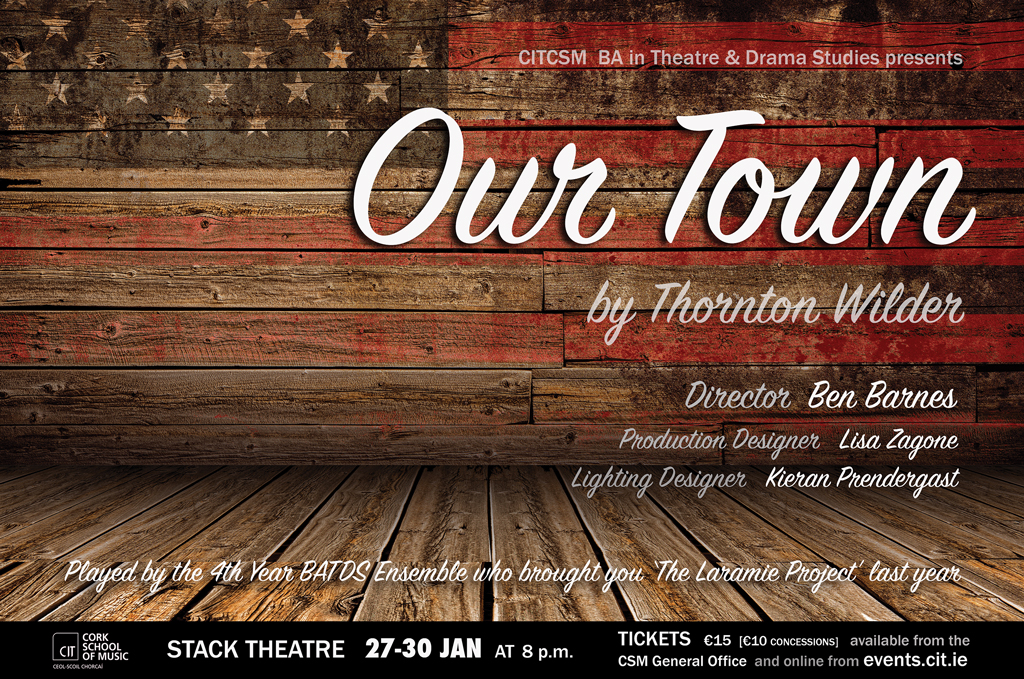